‏Famous rivers such as Mekong River, Han River, Ngo Dong River, Saigon River, and Huong River are all landscapes that you cannot miss when ‏‏traveling to Vietnam‏‏.‏

‏The Vietnamese rivers are not only included in works of art but also act as historical witnesses to the ups and downs of the country. Possessing impressively beautiful landscapes and offering many interesting experiences, most of them have been utilized for tourism. The main rivers in Vietnam also often connect famous attractions, so traveling﻿ by river is very developed and popular among tourists.

‏Originating in the heart of the limestone mountains of Trang An Complex, the Ngo Dong River flows past famous attractions of Ninh Binh such as Tam Coc or Thai Vi Temple. But this river itself is also a striking landscape of the province, with its gentle beauty and special “banks” made of rice fields on both sides. Strictly speaking, Ngo Dong is the only one on the list of most famous rivers in Vietnam that is just a canal winding between rice fields, which were planted by the locals in the preceding season. At the end of May, when the rice is ripe, they will row boats into harvest, bringing a golden season down the stream.‏

‏This is also the most beautiful time for you to visit, when the green river looks like a beautiful thin silk scarf, lying across the ripe golden rice fields stretching endlessly. Especially during Tam Coc Golden Tourism Week, you can also see the dragon procession with thousands of boats gliding on the Ngo Dong River, passing through majestic caves in the scent of ripe rice. Occasionally, there are chants of folk singers and artists, who are sitting on boats performing to serve tourists on both sides.‏

‏As one of the longest rivers in the world, the Mekong River flows through the delta with the same name, which is known as Vietnam’s rice center. Also an important traffic network in the Mekong Delta, the river is also called “9 dragons” because it pours into the East Sea through 9 gates. This place is famous for floating markets such as Cai Rang, Cai Be, Nam Can... forming a unique culture. The Mekong River brings a rich source of alluvium, creating immense rice fields and fruit-laden orchards along the banks, with durian, mangosteen, grapefruit, orange,...‏

‏Like other rivers in Vietnam in this list, joining tours on the Mekong River, you will have a chance to visit floating markets and enjoy delicious dishes such as hu tieu, grilled rice paper, bun rieu... The tour also passes many interesting tourist sites such as Binh Thuy ancient house and stops at orchards for you to freely pick and enjoy fresh fruits.‏

‏Seemingly dividing Da Nang city into 2 halves, the Han River owns a poetic charm. At dawn, this river appears extremely peaceful, with gentle water flowing around the city and blending into the early morning mist. At noon, the scenery here seems to be completely transformed, covered by the golden rays of the sun dancing to the rhythm of a busy life, which can hardly be seen on other rivers in Vietnam. When the afternoon came, the sunlight began to hide behind the clouds and disappear behind the mountains, becoming less intense but still enough to dye the river red.‏

‏But when night falls, the Han River appears at its most brilliant, adorned with lights from the city and countless bridges. It’s like a girl wearing a colorful prom dress that makes anyone bewildered, wanting to stop by and take a look. To have a full view of this beautiful scene, you can join a river cruise or visit bridges such as Dragon Bridge, Thuan Phuoc Bridge, Han River Swing Bridge,…‏

‏Saigon River is one of the most famous rivers in Vietnam, especially in terms of diverse and attractive tourist activities. River experiences are a notable characteristic of ‏‏tourism in Ho Chi Minh City‏‏, suitable for many different customer segments. There are numerous options for you to cruise the Saigon River such as luxury boat tours, river sports activities or the popular waterway bus. Floating along the stream, you will be able to see the magnificent city, passing many famous landmarks such as Nha Rong Wharf, Ben Nghe Port, Phu My Bridge, Den Do Cape, Binh Khanh Ferry Wharf…‏

‏Perfume River - one of the most charming rivers in Vietnam ‏

‏The ancient capital of Hue, which is already extremely charming, becomes even more poetic when adorned by the gentle Perfume River winding around. It travels through many beautiful scenes, from Vi Da garden with green lush lawns, to the ancient Thien Mu pagoda with the sound of bells ringing. On that journey, the river blends with the scent of countless grasses, flowers and herbs, creating the characteristic fragrance which earned it the name of “Perfume River”. The river is clear and jade-colored, reflecting both the city and the trees under the shimmering sunlight.‏

‏Huong River in Hue is one of few rivers in Vietnam where you have the opportunity to join a dragon boat tour on the river and listen to Hue singing, especially in the afternoon when darkness falls. In the quiet and contemplative space of the Perfume River, the boats carry melodious songs and Trang Tien Bridge lights up, seemingly awakening the soul of the river and the city.‏

‏The number of beautiful, peaceful, and enchanting Vietnam rivers is very high, above are just some of the most typical names. If you have the opportunity to visit Vietnam, you should at least once experience the feeling of dropping yourself on a wooden boat drifting along the water. The beautiful and poetic scenery on both sides of the above rivers in Vietnam will help you forget the bustling streets with many worrying thoughts.‏ 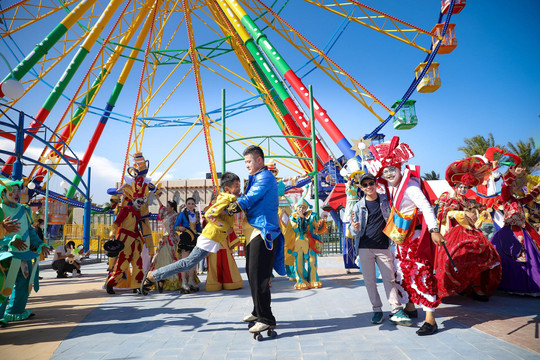 Binh Thuan’ s tourism sector has enjoyed high growths in both tourist volume and revenue compared with those of the same period last year.
Read more 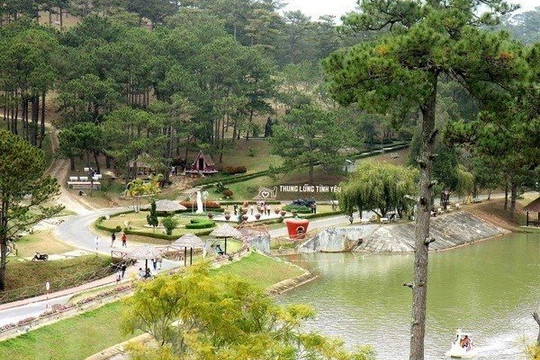