On the visit, Prime Minister Chinh said that Novaland is a large-scale, multi-functional, and international-standard project in Binh Thuan province. It plays a very significant role in the development of the province’s tourism sector in the upcoming time. According to the Prime Minister, NovaGroup should have specific solutions to develop tourism that is in harmony with nature and the environment and prioritize the interests of local people.

Reportedly, NovaWorld Phan Thiet has been developed since 2019 on an area of 1,000 hectares and is seeking to become a popular tourist destination. Phase 1 is finished and has been put into operation. NovaWorld Phan Thiet creates a large number of jobs for the local populace and is expected to play a very important role in developing the local tourism industry.

Secretary of the provincial Party Committee Duong Van An acquired the PM’s direction, saying that the provincial authorities will continue to support the Group to develop the province’s key economic sector. He also called the Government to help upgrade local transportation facilities by widening National Highways 28 and 55 and upgrading Provincial Highway 711, establishing high-tech zones and coastal economic zones, and developing wind energy.

Prime Minister said the province must earmark optimal locations for production and business activities to create jobs and give local people the chance to join and benefit from them. With a 192km coast, excellent connectivity, and huge potential for developing energy and tourism, Binh Thuan has enormous prospects for development.

He said authorities and investors should take advantage of the province’s natural beauty to take tourism services and products to regional and global levels and ensure sustainability.

Reporting to the Prime Minister, the representative of the investor of the Phan Thiet Airport project said: Over the past time, the unit has focused on overtime and increased crews to make constructive efforts. Up to this point, many items of the project are basically being implemented on schedule and will be completed by September 2023.

Prime Minister affirmed that Phan Thiet Airport is a big project with great significance in the province’s socio-economic development, serving military and defense tasks. He directed the project investor to continue to work hard and complete the project on schedule. As for problems in terms of premises and materials for the project’s construction, the Prime Minister suggested the province urgently coordinate with the investor to deploy effective solutions, without affecting the quality and project progress.

Following the direction of the Prime Minister, representatives of the provincial leaders expressed their determination to well implement the contents related to the functions and powers of the province, and coordinate well with investors to accelerate the progress of such a key project.

Phan Thiet Airport project has 4E standards, a scale of more than 550 hectares, including 2 parts: Military and Civil. The runway has a length of more than 3,000m and 3 parking lots. The total cost of implementation is more than VND7,000 billion. 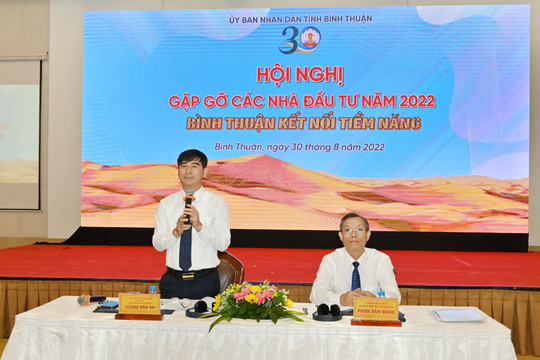 Binh Thuan: Conference to connect with potential investors kicked off

BTO - The conference to meet with strategic investors in 2022 took place this morning (August 30) in Phan Thiet City. The event, which was organized by the Provincial People's Committee, aimed at promoting investment activity within the framework of a series of activities to celebrate the 30th anniversary of the province’s re-establishment (1992-2022).
Read more 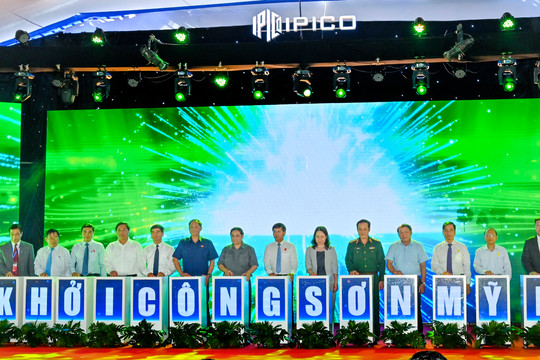 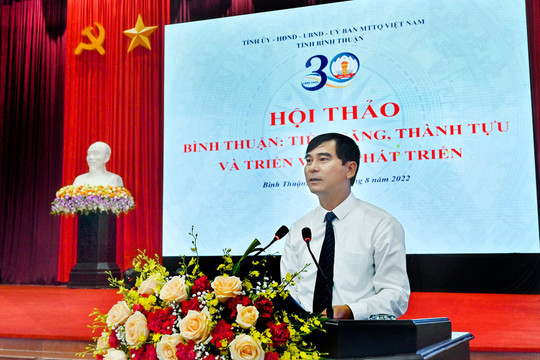