BTO-Chairman of the provincial People’s Committee Le Tuan Phong on Saturday afternoon (September 10) gave a warm reception to a delegation led by Mr. Meynardo LB. Montealegre- Ambassador Extraordinary and Plenipotentiary of the Philippines in Viet Nam during his visit to Binh Thuan province.

At the meeting, Ambassador Montealegre gave congratulations to Binh Thuan province for the announcement of the contest “Vietnam’s Aspiration: Turning Phan Thiet into a world leading destination for MICE and Wellness (health care) tourism in 2045”. He appreciated the vision of Binh Thuan’s leaders in taking opportunities for tourism development. According to him, with such many potentials and advantages, as well as the development of infrastructures, Binh Thuan in general, and Phan Thiet city in particular, will achieve breakthrough development in the near future. He also highlighted the 46-year-long bilateral relationship between Vietnam and the Philippines, and Binh Thuan would enjoy stronger and more developed ties between the two countries in the future. Mr. Montealegre said that he would contribute to enhancing this close relationship into a new period.

﻿On behalf of the province’s leader, chairman Le Tuan Phong respectfully thanked Mr. Montealegre and the working delegation who had attended the launching ceremony for the contest “Vietnam’s Aspiration: Turning Phan Thiet into a world leading destination for MICE and Wellness tourism in 2045”. On that occasion, chairman Phong also gave the delegation a general introduction about Binh Thuan’s potentials, strength and investment opportunities in many fields. Mr. Phong emphasized that, Binh Thuan has gradually completed its transport infrastructures to boost investment attraction.

﻿Eventually, Chairman Le Tuan Phong hoped that Ambassador Montealegre would help promote the sustainable cooperation between Binh Thuan and the Philippines in many sectors. 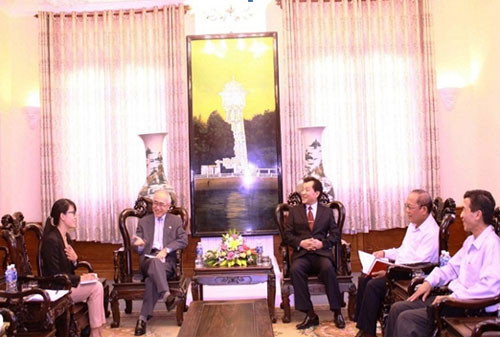 BTO- Chairman of the provincial People’s Committee Nguyen Ngoc Hai along with leader of Department of Planning and Investment lately held a working session with a business delegation of Consulate General of Japan in Ho Chi Minh City led by Consul General Nakajima Satoshi.
Read more 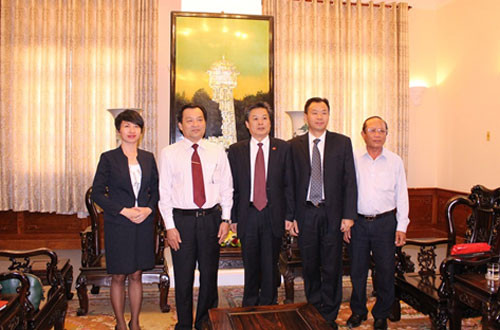