Receiving leaders of the Indian Society for Cultural Cooperation and Friendship (ISCUF) in Hanoi on August 24, Ambassador Nga affirmed that since the two countries set up the strategic partnership in 2007, which was lift up to a comprehensive strategic in 2016, bilateral ties have been substantial and effective in all five pillars of politics-diplomacy, defence-security, economy-trade, science-technology, education-training and culture-people-to-people exchange.

Recognising the important contributions that the ISCUF has made to the strengthening of friendship and people-to-people contacts between the two countries, Ambassador Nga underlined that the VUFO and the Vietnam - India Friendship Association are ready to coordinate with Indian partners, including the ISCUF to organise activities to promote the solidarity, friendship and mutual understanding between the two countries.

The two sides should hold exchanges for youngsters and children, along with conferences and seminars on issues of mutual interest, she suggested.

Agreeing with Ambassador Nga’s proposals, Vice President of the ISCUF Kanungo Agasti expressed his hope that this visit will help the delegation get deeper understanding of the land and people of Vietnam, while strengthening the solidarity, friendship and collaboration between the two countries.

The Indian delegation, comprising 14 members, is on a visit to Hanoi from August 23-28. This is parts of activities to celebrate the 50th anniversary of diplomatic ties between Vietnam and India.

Also on August 24, the ISCUF delegation had a meeting with leaders of the Hanoi Union of Friendship Organisations (HUFO), during which they were introduced to the culture, cuisine and people of the capital city.

Addressing the event, HUFO Vice President Tran Thi Phuong said that the traditional friendship between Vietnam and India begun more than 2,000 years ago from the exchange of culture, religion and trade among people of both sides.

The two countries have shared many common values in patriotism, humanistic traditions, love of peace, and are more closely linked by the ideal of fighting for national liberation, said Phuong.

Highlighting the meaning of the visit, she said that the city hopes to Indian friends cultural and historical traditions of the city through visits to local relic sites such as Van Mieu - Quoc Tu Giam and more than 700-year-old Bat Trang pottery village.

She expressed her hope that members of the delegation will get a deeper insight into Bat Trang and Hanoi in general, thus strengthening the mutual friendship and understanding between people of India and Hanoi.

For his part, Kanungo Agasti said that he has a special love for the land and people of Vietnam in general and Hanoi in particular.

He showed his impression on the growth of Vietnam in all fields, hoping that the visit will help strengthen the all-round ties as well as cultural and people-to-people exchange between the two sides.

The HUFO is scheduled to organise a visit for the delegation to Van Mieu - Quoc Tu Giam on August 28.

Since establishing diplomatic ties in 1972, the relationship between the two countries has gone through a long journey and reaped many great achievements.

Currently, India is the 10th largest trading partner of Vietnam. As of April last year, the South Asian country had invested in 299 projects with a total capital of 909.5 million USD, ranking 26th out of 126 countries and territories investing in Vietnam. Vietnam and India are working together towards the target of 15 billion USD in two-way trade./.
VNA 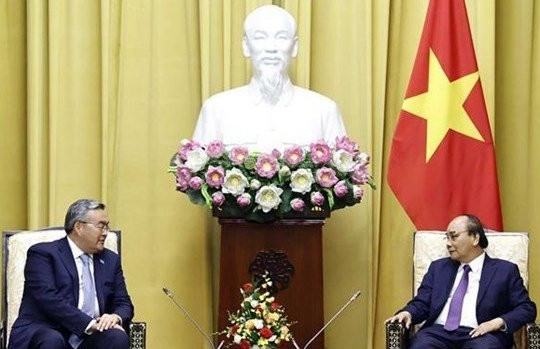 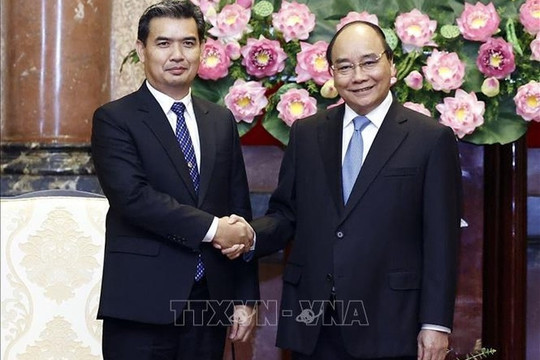