After 30 years of the re-establishment of Binh Thuan province (April 1992-2022) tourism industry has developed strongly and become the province’s one of three major economic pillars. And Binh Thuan is now one of the tourism hotspots domestically and internationally.óm tắt

Over the recent years, tourism sector has remained its stable growth. The province now has about 600 operational accommodation facilities, with over 17,000 rooms, basically meeting demand for a large number of domestic and international visitors. Binh Thuan tourism sector has set its target to welcome 9 millions turns of tourists and a revenue reaching about VND 24 trillion in 2025.

Apart from its well-known brand name, Binh Thuan has a variety of specific tourism products that are imbued with local cultural characteristics, especially traditional cultural features of the Cham community and many traditional festivals of local residents. A series of water sporting events have been regularly organized in Ham Tien-Mui Ne. Tourists coming to Binh Thuan have many chances to enjoy atrractive activities, such as: windsurfing, kitesurfing, beach football, volleyball. Many national and international water sports tournaments held in Binh Thuan have contributed to enhancing Binh Thuan tourism’s position, especially famous coastal destinations, such as: Mui Ne, Hon Rom, Ham Tien, Tien Thanh …. 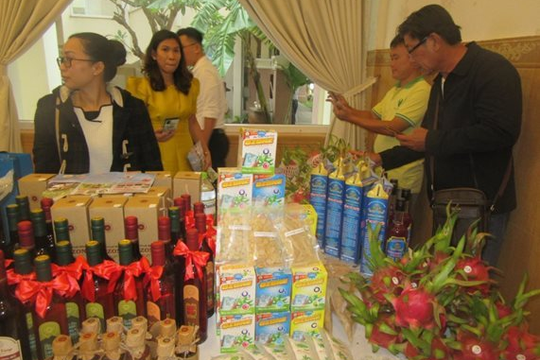 BTO – The Vietnam Expo 2022 is slated for April 13th to 16th, 2022 at Hanoi International Exhibition Center. The event is hosted by the Ministry of Industry and Trade. In preparation for the upcoming event, Binh Thuan Industry and Trade Promotion Center has just developed a plan to participate and promote its economic potential and introduce advantageous local products.