Speaking at the event co-organised by the Vietnamese Ministry of Industry and Trade, and the EU Delegation to Vietnam, Minister of Industry and Trade Nguyen Hong Dien said that over the past more than two years since the EU-Vietnam Free Trade Agreement (EVFTA) took effect, the two sides have witnessed fluctuations of the global economy as well as the economies of the EU and Vietnam amid the COVID-19 pandemic, regional and global geo-political instability.

Data from the General Department of Vietnam Customs showed that the EU is now a leading trade partner, the third biggest export market and the fifth largest import market of Vietnam. Meanwhile, Vietnam surpassed Singapore to become the biggest trade partner of the EU in ASEAN and the world's 11th biggest supplier of goods to the bloc.

In the first eight months of this year, the figure hit 42.4 billion USD, marking a 14.85% rise year-on-year. Vietnam mainly exported machinery, garment and footwear, coffee, aquatic products, fruits and vegetables, pepper and rice to the EU.

Dien added that the Vietnamese Government is keen on expanding the markets and boosting its comprehensive partnership with the EU and its member states, thus making it easier to expand bilateral ties, not only in trade but also other economic areas.

Chairman of the European Chamber of Commerce in Vietnam (EuroCham) Alain Cany said in order to be able to compete in the EU and fully tap advantages from the signed FTAs, Vietnamese enterprises need to comply with strict environment standards and meet demands for green and sustainable consumption trend, which is inevitable in the world and a mandatory path for them to deeply join the new value chain.

The EU encourages the development of green and renewable energy sources in Vietnam, he said, adding that European firms want to be present in Vietnam to share their experience, technology and investment 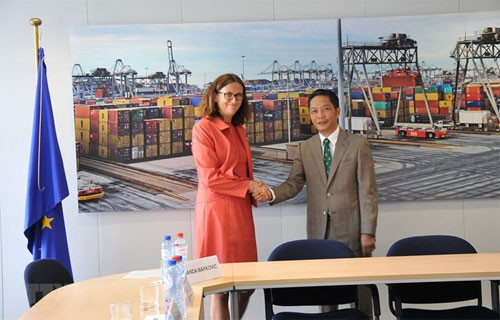 Vietnam, EU to sign EVFTA on June 30 in Hanoi

The European Council announced on June 25 that it has approved the European Union – Vietnam Free Trade Agreement (EVFTA) and the EU – Vietnam Investment Protection Agreement (EVIPA), and assigned the EU to sign the deals with Vietnam on June 30 in Hanoi.
Read more 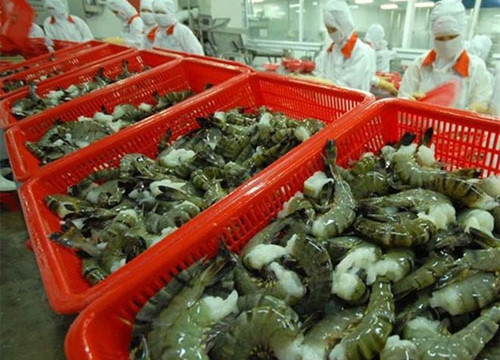 Vietnam to promote shrimp exports to EU next year 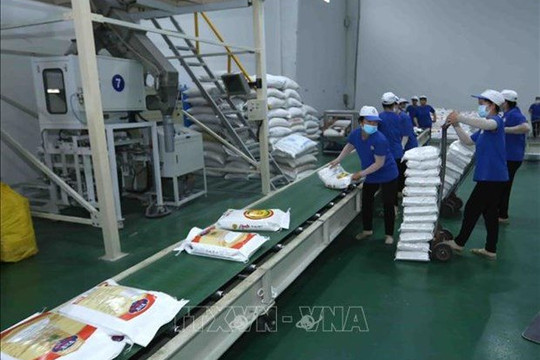