Documentary film “Vietnam – Fatherland: a look from the sea” slated to be widely broadcast for December 2022

BTO – The film “Vietnam-Fatherland: a look from the sea”, produced by the People’s Film and Documentary Film Studio, will be officially televised widely on almost of channels and television stations across the country. The film was released on the occasion of 40 years of the United Nations Convention on the Law of the Sea and 10 years of the Law of the Sea of ​​Vietnam.

The documentary film “Vietnam – Fatherland; a look from the sea” consists of 40 episodes, with a duration of 25-30 minutes per episode, sourced entirely from the socialization budget of the Vietnam Oil and Gas Group together with a number of group units such as: Vietnam-Russia joint venture Vietsovpetro, Binh Son Oil Refinery Joint Stock Company, etc.

The film’s content is divided into 3 parts: Affirming and protecting Vietnam’s sovereignty over sea and islands; Developing marine economy; Life Culture of the sea and island.

According to the film crew, the film aims to reflect, refer, and propagate in a fairly complete, comprehensive, and transparent manner in a systematic, objective, realistic, rich, multi-dimensional way about the sea and islands of Vietnam. The film also features systematically, comprehensively and profoundly the issues of Vietnam’s seas and islands from history to the present, clearly stating the role and importance of seas and islands in the lives of Vietnamese people in the bygone days as well as today.

One of the important issues that the film will cover is the historical and legal grounds to affirm and protect Vietnam’s sovereignty over the sea and islands and especially the Hoang Sa and Truong Sa archipelagoes.

The spirit of determination to protect the sovereignty of the sea and islands is clearly shown in the documentary film “Vietnam – Fatherland: a look from the sea” through each historical period, with a clear message: In any historical period, despite in any feudal dynasties, different political institutions with opposing interests, the Vietnamese people’s spirit of protecting the sacred sovereignty of the sea and islands is always highly promoted.

Film crew at a filming location.

“Right from the time I went to find documents at home and abroad. For the movie ‘Vietnam in the Ho Chi Minh era – Television Chronicles’, we have found many precious documents on the affirmation and protection of Vietnam’s sovereignty over sea and islands, which are stored quite carefully in libraries and archives of many countries. A number of related documents and materials are also preserved in the country, most notably in addition to the Nguyen Dynasty woodblocks. There are also many notes, drawings, maps of missionaries, foreign traders, foreigners who came to Vietnam many centuries ago. At that time, we came up with the idea to make a movie about sovereignty over the sea and islands. Later, when developing the script in 2019, we decided to make a more overall and comprehensive film about the homeland’s seas and islands, including affirming, defending sovereignty, and developing the economy and life living island culture, etc”, said Journalist Nguyen Le Anh, Director of People’s Film and Documentary Film Studio, General Director of the documentary film “Vietnam – Fatherland: a look from the sea”.

Filmmakers look for material for movies.

The filmmakers also hope that the film “Vietnam – Fatherland: a look from the sea” will be a profound, comprehensive and meaningful media product about Vietnam’s seas and islands that can spread and create positive effects towards public opinion, the general public. 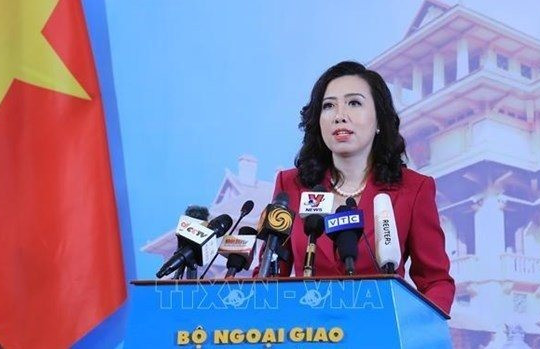 Vietnam resolutely opposes and demands Taiwan (China) to cancel its live-fire exercises in the waters around Ba Binh island belonging to Vietnam's Truong Sa (Spratly) archipelago and not to repeat similar actions in the future, spokeswoman of the Vietnamese Ministry of Foreign Affairs Le Thi Thu Hang said on March 11.
Read more 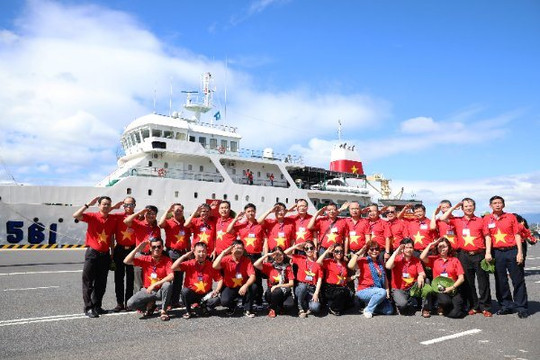 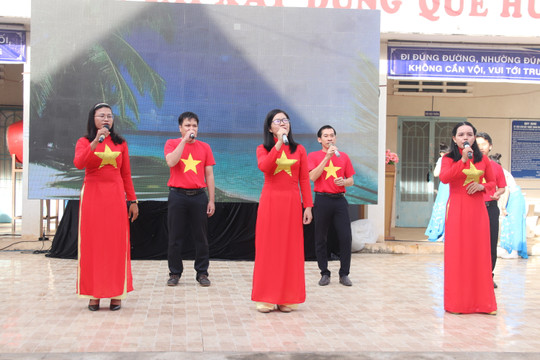 Documentary film “Vietnam – Fatherland: a look from the sea” slated to be widely broadcast for December 2022