BTO – Binh Thuan outstandingly bagged nine medals including 3 golds, 3 silvers, and 3 bronzes at the 2022 National Traditional Boat Race held at Thach Han River, Quang Tri province on July 25th. The Tournament was jointly held by the General Department of Physical Education and Sports in collaboration with the National Boat Race Association and the Quang Tri Department of Culture, Sports and Tourism.

The tournament had attended by nearly 250 male and female athletes from 6 provinces and cities including Binh Thuan, Da Nang, Quang Binh, Quang Tri, Ho Chi Minh City, and Thai Nguyen province. Those teams have to compete for medals in the 200, 500, and 1000-meter races in women’s, men’s, and mixed categories.

Binh Thuan boat team attended the race with 4 coaches and 29 athletes competing in the events of 22 men's boats, 12 men's boats, and 12 mixed men's and women's boats.

As a result, the boat team from Ho Chi Minh City came out on top as a whole, followed by the Da Nang delegation, while the Binh Thuan delegation was ranked third in the entire group. 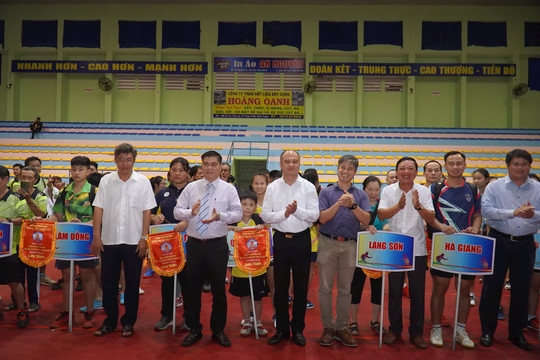 BTO - On the June 6 evening, as many as 400 athletes from clubs in 33 provinces, cities, and industries across the country flocked to Binh Thuan Provincial Sports, Training, and Competition Center for the opening ceremony of the National Club Table Tennis Championship 2022. Vice-Chairman of the Provincial People's Committee Nguyen Minh and Standing Vice Chairman of Vietnam Table Tennis Federation Vu Nguyen Thai attended the event.
Read more 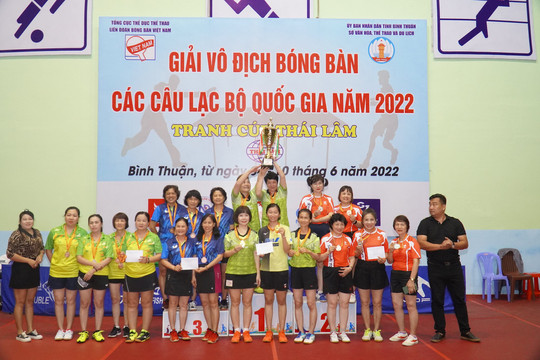