BTO – The People’s Committee of Ham Thuan Bac district has recently launched a ceremony to plant trees in response to the Prime Minister's"Project on planting 1 billion trees in the period of 2021 - 2025".

The event, which took place in Thuan Hoa commune, aims at promoting the movement of tree planting and afforestation, the tradition of tree planting initiated by Uncle Ho and effectively implementing the Prime Minister's Decision No. 524 on the approval of the Project "Growing one billion trees in the period of 2021 - 2025".

The district’s launching ceremony plays a meaningful role in contributing to Thuan Hoa commune's comprehensive socio-economic development, creating a green-clean-beautiful landscape, and meeting the requirements of new rural standards by 2023.

At the launching ceremony, Mr. Nguyen Ngoc Thach - Chairman of the People's Committee of Ham Thuan Bac district called upon all party members and officials civil servants, soldiers, Youth Union members, and people in the district to consider this action as one of the contents of the "Year of Youth" movement. He required the participants must actively plant, care and protect the trees so that all planted trees must be alive. 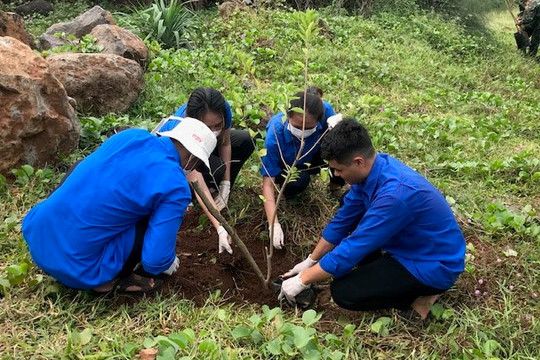 Phu Quy planted more than 21,000 trees for the rainy season

BTO – Crowded members of the Ho Chi Minh Communist Youth Union (HCYU) of Phu Quy District teamed up with armed forces in the district have recently planted hundreds of trees in the area around the flagpole, and on both sides of the slope lying along the coast of Tam Thanh commune (Phu Quy island district.
Read more 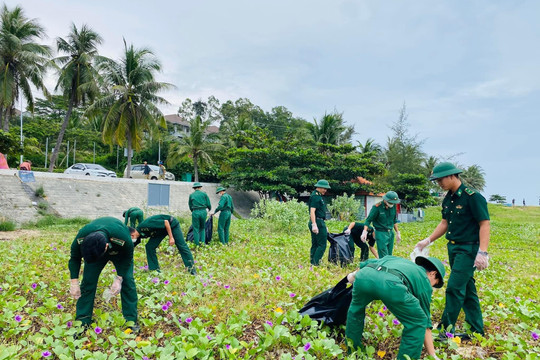