Typhoon Noru is gaining strength while moving westward at 20-25km per hour, and is expected to make landfall in central Vietnam in the afternoon or evening of September 27, according to Nguyen Van Huong, head of the weather forecast department under the National Centre for Hydro-Meteorology Forecasting.

At 1pm September 26, the storm’s eye was about 580km to the east of Hoang Sa (Paracel) archipelago.

From late September 27, rough sea with 3-5m high waves is expected along the central coast from Thua Thien-Hue to Binh Dinh provinces.

As of 1pm September 28, the storm’s eye will be on the central coastal region, between Thua Thien-Hue and Quang Ngai provinces.

Central localities are rushing to brace for the storm, including evacuating residents from risky areas.

The central province of Khanh Hoa will ban all vessels from going to sea from before 2pm September 27. The provincial People’s Committee has required local authorities to supervise the evacuation of residents from high risks areas. 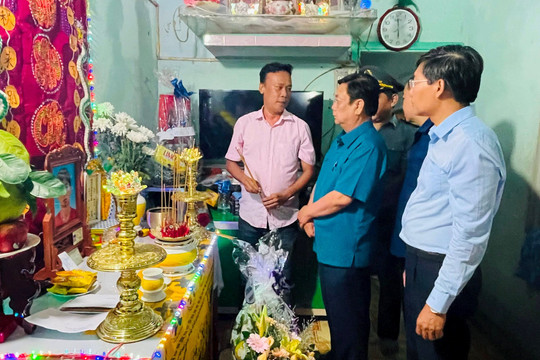 BTO- A delegation led by Minister of Agriculture & Rural Development (MARD) Le Minh Hoan leaders of Binh Thuan province on Monday evening (July 25) visited and gifted families of 15 crew members on board of fishing vessel BTh 97478 which sank in the sea on July 10 due to bad weather.
Read more