At visiting places Binh Thuan Newspaper and Binh Thuan Radio &Television station, Mr. Nguyen Hoai Anh highly appreciated ceaseless effort of officers and reporters in implementing their tasks to boost propaganda on the provincial Party Committee’s Resolution No.14, the province’s socioeconomic development, practice of the Party’s guidelines, the State’s policies and laws. He expressed his strong hope that leaders and employees of the two press agencies would keep solidarity to further improve professional skills and ethics to meet increasing demand in the new situation.

At visiting places, PPC vice Chairman Nguyen Minh sent congratulations to those who are working in press agencies. Especially, he praised frontline reporters who actively strived to work during the compliacted development period of the Covid-19 pandemic. Mr. Minh also expressed hope that press agencies would be a bridge to inspire and build trust for the people to understand the authorities’ policies, strategies and actions to make into Binh Thuan further prosperous province. 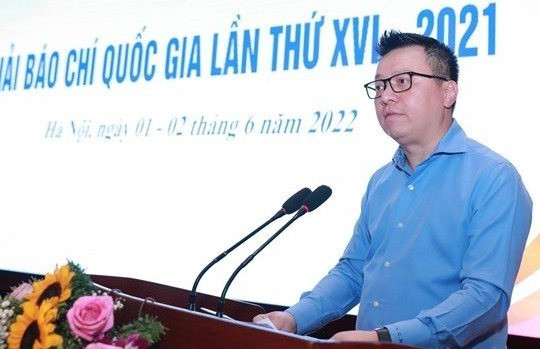 The National Press Awards 2021 will honour 115 works, the judging panel announced on June 1.