At the event, as many as 1,250 sets of multi-purpose lifebuoys, 140 first-aid bags, and 140 national flags were handed over to the poor, near-poor, and disadvantaged fishermen in Binh Thuan’s 6 localities of Phan Thiet city, La Gi town, Phu Quy island, Tuy Phong, Bac Binh, and Ham Tan. The set of multi-purpose lifebuoys includes various helpful utensils for the fishermen in case of emergencies such as natural disasters or incidents. It can help the users to survive at sea for about 8 days while waiting for the rescue forces.

Speaking at the ceremony, Mr. Nguyen Minh - Vice Chairman of the Provincial People's Committee affirmed: The versatile life jackets will favor the fishermen safer and more confident in their fishing journeys at sea. Hitherto, the local fishermen were given the strength to continue reaching out to sea, ensuring a stable life. At the same time, he expressed his wish to receive more attention and support from former state President Truong Tan Sang, the Central Committee of the Vietnam Red Cross Association, and domestic and foreign businesses and benefactors in the country in the cause of socio-economic development of the locality in general and in the field of humanitarian society and natural disaster prevention in particular.

The activity is a part of the Program "Safety for poor and difficult fishermen" launched by the Central Committee of the Vietnam Red Cross (2022-2027). In 2022, the program presented 14,667 sets of multi-function life jackets, first aid bags, national flags, and first aid training to poor, near-poor, and disadvantaged fishermen in 14 provinces and cities in the central region from Thanh Hoa to Binh Thuan with a total support budget of 23,180 billion VND. The total funding of the 2022 program is donated by nationwide sponsors and businesses. The donation is made in response to the joint appeal of former state President Truong Tan Sang - Former Honorary President of the Vietnam Red Cross Society. 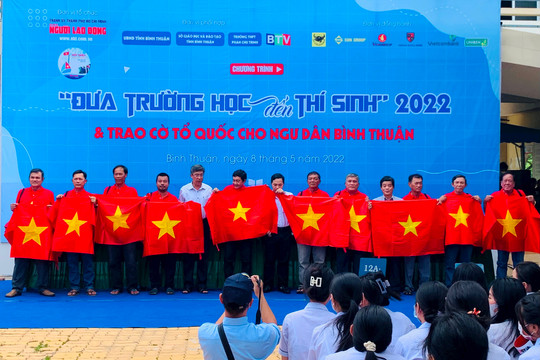 BTO-The program, which is part of a national campaign “One million national flags together with fishermen clinging to the sea”, was held along with another program launched by Nguoi Lao Dong Newspaper “Bringing schools to candidates” in Phan Thiet city on Sunday afternoon (May 8).
Read more 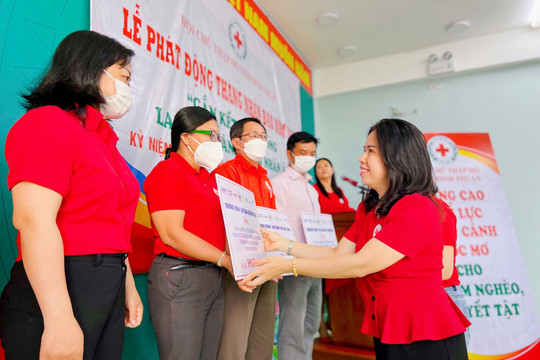 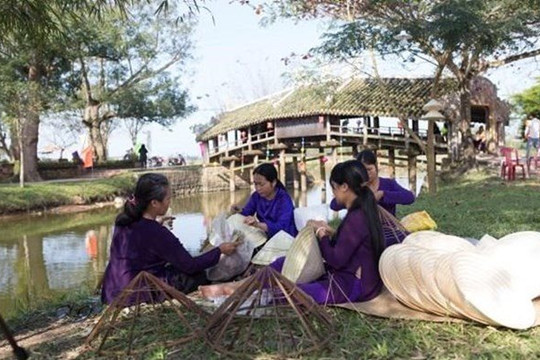 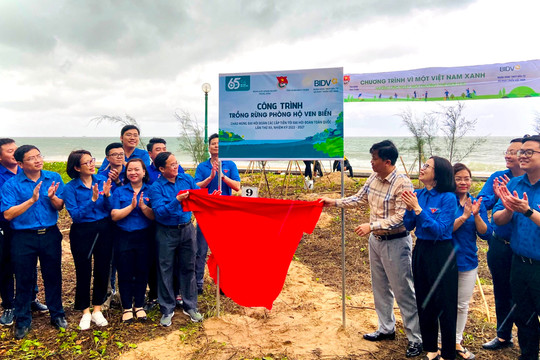 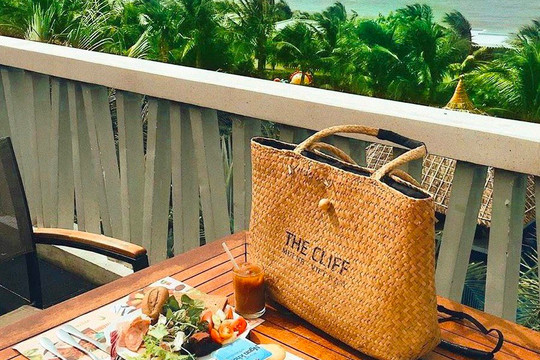